Freedom of the Net report

Think the US is alone? 18 countries had their elections hacked last year

Less than a quarter of world has freeish internet communication 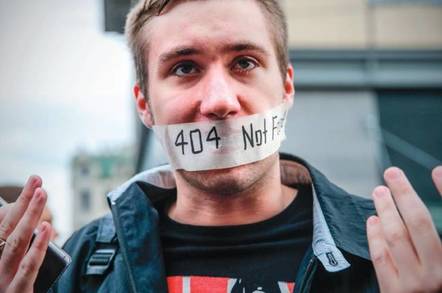 While America explores quite how much its election was interfered with by outsiders, the news isn’t good for the rest of us, according to independent watchdog Freedom House.

In its annual Freedom of the Net [PDF] report on the state of the internet and democracy, the group surveyed 65 nation states comprising 87 per cent of internet users and found 18 where either governments or outside bodies had tried to influence an election by restricting or interfering with internet use.

“The use of paid commentators and political bots to spread government propaganda was pioneered by China and Russia but has now gone global,” said Michael Abramowitz, president of Freedom House. “The effects of these rapidly spreading techniques on democracy and civic activism are potentially devastating.”

While some of the election interference attempts were performed by outside countries, the majority were carried out either by the local government or opposition. And outside of elections, 30 countries have now been found to be running armies of paid trolls to try and influence general public opinion.

China is the biggest player in this field, with a huge army of paid bloggers and social media users who either broadcast state-friendly messages or muddy the waters with fake news or smearing political opponents. But other countries are catching up fast.

Russia has its Internet Research Agency, a trolling operation controlled by a businessman who supports Vladimir Putin. In the Philippines, President Duterte’s supporters offered $10 a day for members of the “keyboard army,” while in Turkey the 6,000-strong “White Trolls” pollute the online world with scores of pro-government propaganda.

“Not only is this manipulation difficult to detect, it is more difficult to combat than other types of censorship, such as website blocking, because it’s dispersed and because of the sheer number of people and bots deployed to do it,” said Sanja Kelly, director of the Freedom on the Net project. “The fabrication of grassroots support for government policies on social media creates a closed loop in which the regime essentially endorses itself, leaving independent groups and ordinary citizens on the outside.”

Overall, only 23 per cent of the internet is classified as “free” by Freedom House, and even some of those countries are on the shaky list. Freedom House notes that the Trump presidency’s demand for see the names of those who protested against the inauguration is a worrying sign and may signal further crackdowns ahead.

In all, 14 countries this year passed some kind of legislation to restrict internet use. The Russians banned VPNs, 19 countries have staged some kind of internet shutdown around a political event, and the authorities are increasingly targeting live steaming of events.

Most worryingly, physical attacks against people speaking their minds online rose 50 per cent in the last year, Freedom House reports. In eight countries journalists or online commentators have been killed for what they put online, with Brazil, Mexico, Pakistan and Syria the worst offenders.

The forecast for next year is for things to get worse still, so enjoy your free internet while you still have it. Even better, take action to try and improve things. ®

The suggestions of the Netherlands minister of the interior to let the Govt intelligence dept monitor and maybe even filter the content on Internet in our country is nearly exactly what NOT should be done.   http://www.dutchnews.nl/news/archives/2017/11/russia-is-trying-to-influence-dutch-public-opinion-with-fake-news-minister/

The government and the political parties are public opinion manipulators themselves. This suggestion of the new minister is like asking the maffia to fight crime.

See ABOUT on TheConnectivist.wordpress.com
View all posts by broodjejaap →
This entry was posted in Fake news, Internet Freedom, Mass Mental Manipulation, Uncategorized. Bookmark the permalink.